As the team photographer for the Cleveland Cavalier since 1991 I have taken plenty of NBA images. Photos go directly to the NBA photo desk then on to their clients. I shoot a lot of images and I obviously can not remember them all but one particular image stood out that I took of Kevin Durant of the Oklahoma City Thunder. It was just a nice clean crisp shot with him dribbling the ball taken with speedotron strobes. The image just popped of my camera monitor while I was reviewing images during a timeout. I just knew this photo will be used somewhere in the future. Not sure where or when but probably in Oklahoma so I thought.

Few months later during the off season I am sitting in the Affordable Muffler shop in Cleveland getting my muffler fixed on my car. Just killing time checking my twitter links on my phone when I see the big announcement from Play Station for their PS4 NBA2K15 cover art. Highly coveted by all NBA players. Not thinking much about it I click on the link and watch as a photo of Kevin Durant pops up on the cover. My Kevin Durant photo! 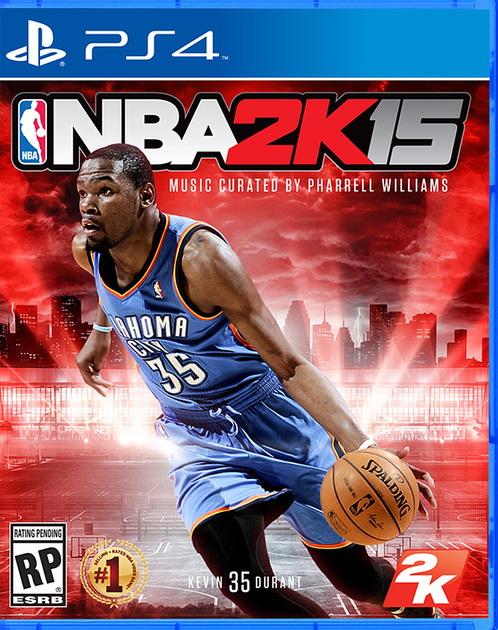