Pretty cool when you get text messages telling you your photo is exploding on social media.  LeBron James, the NBA and all the major news outlets published my shot of LeBron hitting game winner against the Timberwolves.  LeBron had over 1.3 million "Likes" and the NBA had over half a million! Total likes was approximately 3 million! 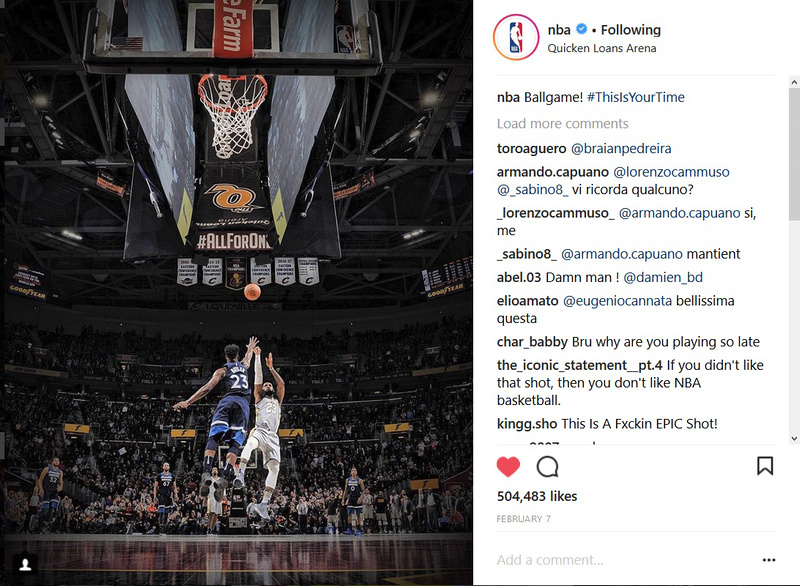 NBA Ballgame!NBA Instagram with over a half a million likes! 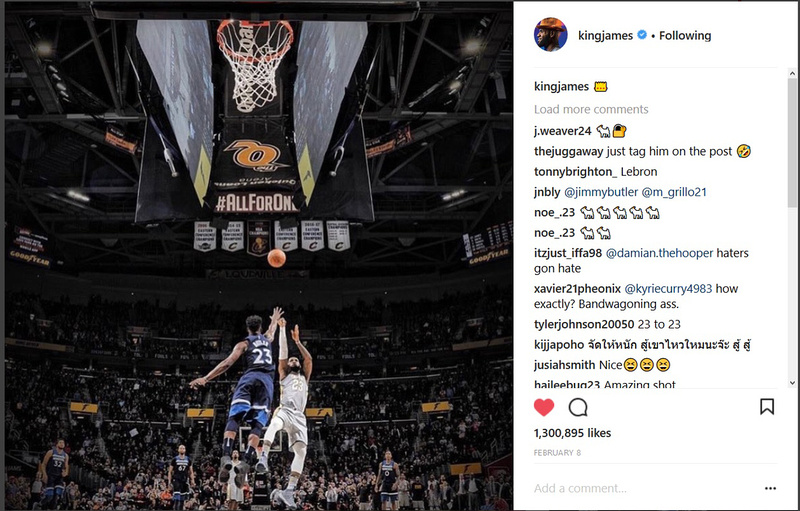